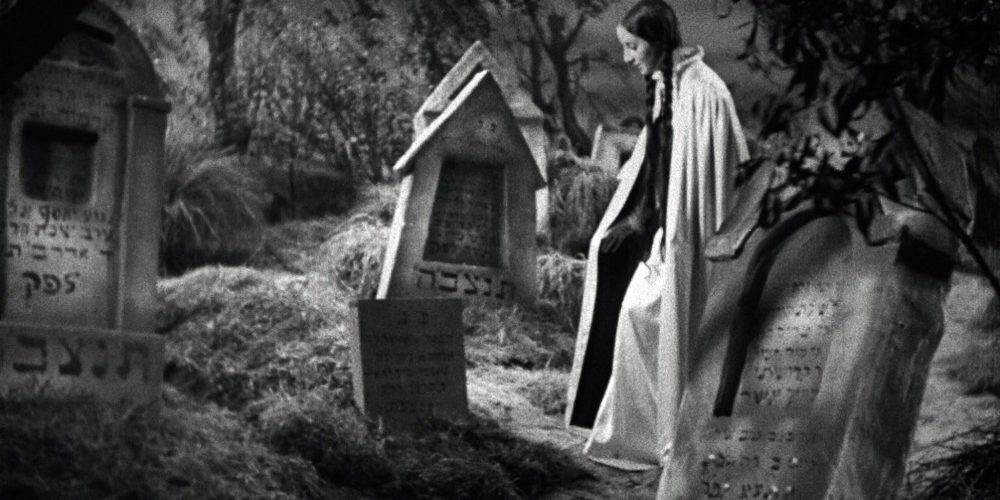 A certain holiday is coming up this week, and if there is anything I learned from Jewish day school, it’s that we do not acknowledge this holiday exists.

That said, if you are feeling in a spooky, creepy, supernatural mood—for whatever that reason may be—here’s a list of season-appropriate creatures for the occasion from Jewish folklore.

A dybbuk is a disembodied evil spirit that, due to his former sins when alive, wanders aimlessly until it finds the body of a living person. From there it possesses the new body’s soul, creates a separate personality, and causes mental illness. Individuals, usually women, with nervous disorders were taken to a rabbi who believed he could expel the dybbuk through an exorcism.

Stories of dybbukim were common in the time of the Second Holy Temple. In the 16th century, the idea of dibbuks was often combined with the Kabbalistic concept of gilgul, which suggests that a soul goes through many lives before it gains the wisdom and perfection to rejoin with God.

The dybbuk is quite popular in film, including Yiddish classic The Dybbuk (1937, Michał Waszyński) and the more recent A Serious Man (2009, Joel and Ethan Cohen).

Jewish folklore has three kinds of vampires (and this doesn’t include Adam Sandler’s Dracula in Hotel Transylvania).

First is the succubus, a demon who takes the form of a young woman to seduce men and kill pregnant women. The first known succubus is Adam’s first wife, Lilith. According to the Zohar, Adam and Lilith began to fight shortly after their creation. Lilith left the Garden of Eden and refused to return after she mated with the archangel Samael.

Another type of vampire is an estrie, who also takes a female form. Mentioned in Sefer Hasidim, estries preyed on Jewish citizens and had to drink blood for survival. If an estrie was seen or injured by someone else, she could not live until she ate the bread and salt of the person who struck her. Estries could also fly if their hair was unbound, but binding their hair would keep them grounded.

Lastly, the broxa is somewhat of a vampire, but instead of a female form, it is a bird. According to folklore, it mostly sucks on the milk of goats, but it is known to drink human blood should the occasion arise.

The shamir is a supernatural organism with the power to cut through stone, iron, and diamond. It is debated if the shamir was an animal, plant, or mineral. Maimonides considered it to be a living creature, and many scholars refer to it as a worm.

Mentioned throughout the Talmud, the shamir was created right before the first Shabbat, just as God finished creation. Moses used it to engrave gemstones in the High Priest’s breastplate, and King Solomon commissioned a search to find one for use in the construction of the Holy Temple. The shamir is said to have lost its potency at the time of the First Temple’s destruction.

Serpents. Why did it have to be serpents?

The fiery flying serpent is mentioned by the prophet Isaiah, who lists it as one of many beasts living in the Negev desert region. He also uses it as a metaphor for the Assyrians, when warning the Philistines of an upcoming attack.

Though flying is not mentioned, fiery serpents are also found in the Torah. In Numbers, the Israelites start to complain about the lack of food and water, so God sends fiery serpents to attack the people. The Israelites (naturally) beg for forgiveness, so God tells Moses to mount a copper serpent figure on a pole. Anyone that looks at it will recover from snakebite.

The Leviathan is a sea monster with an enormous body, glowing eyes, and scaly skin, like some sort of dragon. It has a habit of crushing ships and eating ocean-going humans.

This creature is mentioned several times in Jewish texts. One midrash (or narrative commentary) states that God originally created both a male and female leviathan, but later killed the female to avoid the species from multiplying. Another midrash says that the giant fish that swallowed Jonah was almost eaten by the Leviathan.

The Talmud says the Leviathan will be killed and served as a feast for the righteous when the Mashiach arrives.

Once again, Isaiah uses this creature as a metaphor for a powerful enemy, particularly the Babylonians.

A mazzik is an invisible demon which creates minor annoyances. Whereas dybbuks cause major problems, mazzikin are low-level demons that a person could encounter in daily life. They rarely possess bodies, and they tend only to attack if angered of unhappy. Rather than try to get rid of them, the best line of defense is to know how to live with them.

The last supernatural creature on this list is not an evil spirit, but rather an artificial creature brought to life by magic. The golem resembles a large human being, and its purpose is often to serve and protect its creator.

In the Middle Ages, scholars studied the text of Sefer Yezirah, which contains instructions on how to make a golem. Most understandings of the directions involve using soil or clay to shape it, and then use God’s name to bring it to life. Some sources say one needs to write the word emet (“truth”) on the forehead and the golem becomes alive. Erase the first letter and you are left with met, or “death.”

One of the most famous narratives includes Rabbi Judah Loew ben Bezalel, of 16th century Prague. He created a golem to defend the Prague ghetto from antisemitic attacks and pogroms. One legend says the golem could make himself invisible and summon spirits from the dead.

The golem is a very common creature in popular culture, including the novel The Amazing Adventures of Kavalier & Clay by Michael Chabon.

Any other Jewish spirits and demons that we missed? Share your favorite in the comments below! And Happy Halloween… or if you don’t celebrate, have yourself a fun Werewolf Bar Mitzvah.