“A Million Matzoh Balls” is the new classic your seder needs 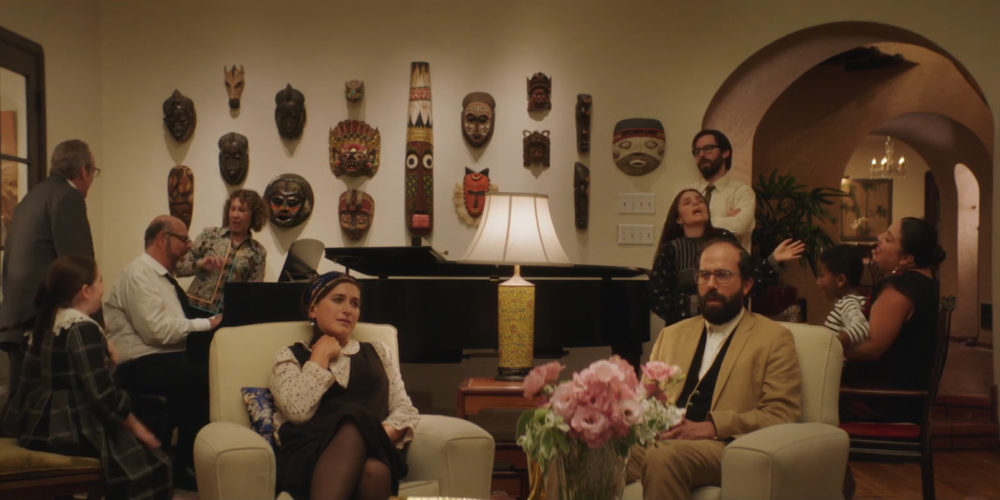 A Passover seder wouldn’t be complete without lots of songs. You’ve got the classics: Mah Nishtana, Dayenu, Chad Gadya, Adir Hu, Avadim Hayenu, and many more. And then depending on your family or synagogue’s customs, you might throw in a few modern songs into the mix. These usually come in the form of children’s songs or folk song parodies. You know what I’m talking about: The Ballad of the Four Children, The Frog Song, There’s No Seder Like Our Seder, and Let My People Go.

Problem with most of these “modern” songs is that they have already been included in seders for years. By this point, very few people actually see them as an exciting addition to the first two nights of Passover.

About a year ago, I watched Lemon, a bizarre film about Isaac (Brett Gelman), a man whose life is slowly falling apart after his blind girlfriend leaves him. About halfway through the story, Brett visits his parents for a family seder, where you find out that the rest of his family is unraveling as quickly as he is. His father (Fred Melamed) is verbally abusive, his mother (Rhea Perlman) is overly submissive, his siblings (Shiri Appleby, Martin Starr) are insufferable, his nieces are rude, and his childhood therapist is (David Paymer) now divorced and heavily depressed. In other words, it’s a typical family seder.

The most absurd part of this movie’s sequence is that it ends with the family gathered around a piano in the living room singing “A Million Matzoh Balls.” Everyone looks happy, excitedly belting out what appears to be a classic Passover tune about the family matriarch making so many many matzoh balls that they have filled up the entire house.

But it turns out “A Milllon Matzoh Balls” is not a classic but rather an obscure song by Dean Friedman. According to Vulture, the movie’s director Janicza Bravo attended the seder of a friend’s family who knew Friedman. Friedman was invited to the seder but couldn’t make it, however they listened to his wonderful song “like 20 times in a row.” As soon as she heard it, she knew it belonged in a movie.

Why does the sing-along work so well after such an intense movie sequence? Gelman explains, “it’s just so Jewish! It’s like, ‘None of that horrible stuff happened! We’re singing now!’ Which of course gives the promise of repeats in the future, of misery. It’s just a temporary break from the strife.”

After watching Lemon, I looked up the original Friedman version of the song and I discovered it’s very different. Friedman gives a silly, bouncy performance on guitar accompanied by children, which wouldn’t feel out of place on a Raffi album. This is not a bad thing; in fact, it’s a pleasure to listen to over and over again.

But I love how Bravo orchestrated “A Million Matzoh Balls” for her movie. Melamed sits at the piano, playing in what I call the “Jewish piano riff,” a style which I grew up with thanks to my own father. All 11 members of the family are singing slightly off-key, while slightly dancing and moving around (special shout-out to Shiri Appleby, who deserves an Oscar for her hair flipping). Once again, it’s a typical family seder.

I believe it is our diligently duty to get “A Million Matzoh Balls” into every seder around the world. It is up to you figure out where it fits within the seder… perhaps Shulchan Orech as the family waits to eat soup. Or maybe within Magid after reading “This is the bread of affliction.” Maybe sandwich it in between Echad Mi Yodea and Chad Gadya at the end of the night. The choice is yours.

But listen to the song over and over again, learn how to play the chords on piano or guitar, transcribe the lyrics, or even just watch Lemon. Help turn “A Million Matzoh Balls” into a new Passover seder classic. Because I’m getting really tired of The Ballad of the Four Children.

Here is the original version of the song by Dean Friedman:

And here is the version in Lemon: