How Many Chanukah “Shake It Off” Parodies Do We Need? 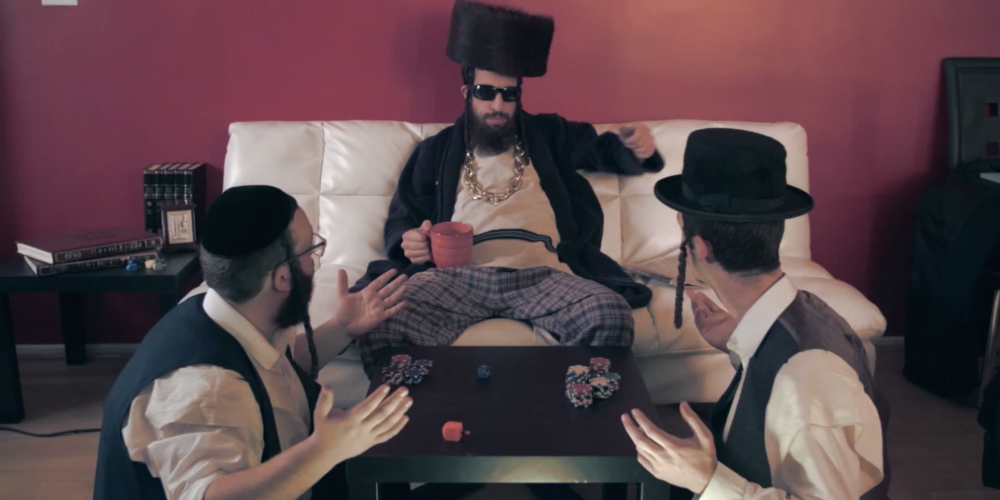 There is nothing new about Jewish parodies of pop songs… Shlock Rock has been doing it for nearly 20 years. However, thanks to the power of YouTube and viral videos, there has been a heavy incline of these parodies over the past few years. In fact, it can almost be expected now that you’ll see a crop of parody videos appear for each Jewish holiday. Particularly Chanukah.

As one of the most popular songs of the year, we all knew that we’d see a Chanukah parody of Taylor Swift’s “Shake It Off”. But clearly the YouTubers are not collaborating as much as they ought to because I have come across not one, not two, but FIVE different parodies of this song.

Each one is worth a watch, as the artists and filmmakers clearly put a lot of effort into them. But in case you want to know which one is the true “Weird Al of Chanukah Taylor Swift Parody Videos,” here is their ranking.

“What, no Maccabeats?” you’re asking. Come on, the Maccabeats were so 2010. This year it’s all about Six13, the male a cappella group from New York. And these boys really know how to vocalize.

It’s difficult for this video not to make you smile. There’s absolutely beautiful vocals, boys in tutus, and some fun cutaways to Judah Maccabee and friends. Plus the brief clip of the Power Rangers dancing is awesome.

This one wins for originality, particularly because it’s the only video here that didn’t replace the words “shake it off, shake it off” with “Chanukah, Chanukah.” Actually, the whole song’s approach is different: instead of throwing in as many dreidel puns as possible, the lyrics are about trying to take off from work during the holiday, but the goyim in the office just don’t get it.

My favorite part of this video is when they’re dancing on top of a giant calendar, and almost every day is listed as FAST DAY or ANOTHER JEWISH HOLIDAY. It’s so true, it hurts.

I don’t know which one is Adam Karol and which one is the Hotness, so I will leave that to your imagination. But these two guys not only wrote an excellent Chanukah parody, they turned Taylor Swift’s upbeat pop song into a slow cool blues jam.

Bonus points for the unintentional Pop Tarts advertisement. I hope you’re frying them with the latkes, Adam!

With poor green screening and too much off-key singing (seriously, did they add the instrumentals afterwards?), this one could be an oversight. But about a minute into it, I realized how much fun this group had making this video. In addition to your usual dreidels and menorahs, there’s bling and costumes and even black and white cookies (yum!). And then on top of all that, an unofficial Muppet shows up halfway through!

This video deserves an honorable mention because it captures the true meaning of Chanukah. No, not dedication. Fun. Which I think is also the message of Shake It Off. Possibly.

This one also has Muppets and crazy costumes, but the “fun” feels so forced. I don’t care for this one at all. But it’s also possible I’ve seen too many Chanukah “Shake It Off ” parodies by now to care.