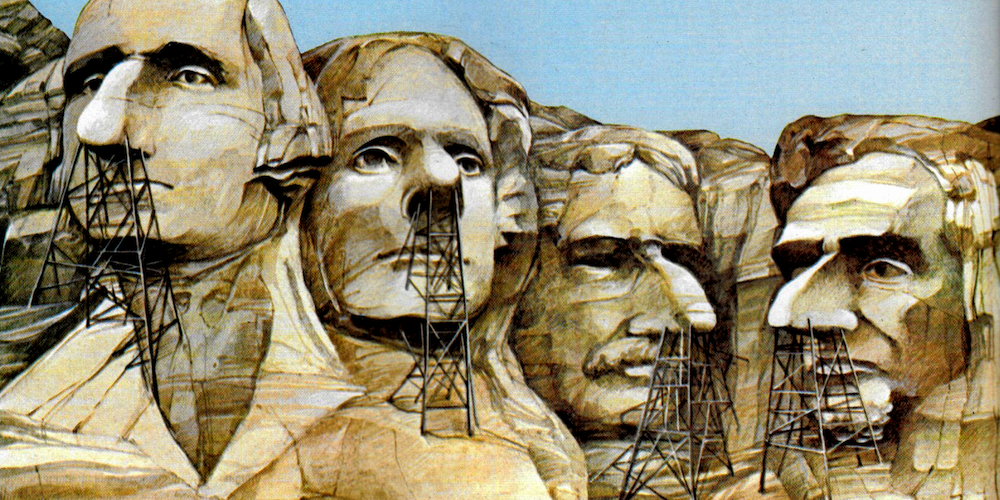 Presidents Day is always the best time to go on vacation, buy a new car, or reflect on the United States’ greatest Jewish presidents of all time.

But wait, you say? We’ve never had a Jewish president?

That’s what I thought as well. But one day I found myself at a place called Old Seattle Paperworks, a little shop that sells vintage posters, magazines, and newspapers. While browsing through the inventory, there was one magazine cover that caught my eye. 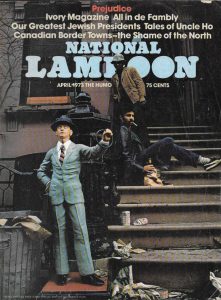 Specifically, I wanted to know more about Our Greatest Jewish Presidents. So I took this 42-year-old magazine home with me, and I was pleased to find that I made a worthy, comical investment.

But first, a little background. National Lampoon was a humor magazine that ran from 1970 to 1998. Each issue had a specific theme such as The Future, Death, Back to School, or in the case of my April 1973 issue, Prejudice. Like MAD Magazine, the publication is filled with humor in the form of satire, parody, and surrealism. But what made National Lampoon stand out the other humor magazines was its long text articles, in addition to cartoons and comic strips.

Reading through the Prejudice issue was like glancing into history, just a few years after the Civil Rights era, and many years before the politically correct era of today. Throughout the magazine, it was difficult to decipher if the jokes were making fun of the different races and ethnicities, or if it was making fun of those who make fun of races and ethnicities. But like South Park today, the magazine took a “offend everyone” approach.

I loved every page of what I read, but of course, my interest was in the article on the greatest Jewish presidents written by Gerald Sussman, the writer who eventually went on to be the editor in chief of the magazine. I will post the full article below, but here are just a few highlights to begin with:

The article’s surrealism is amusing, but it begs the very realistic question, “How come the United States has never had a Jewish president?” Is it because of antisemitism? A streak of bad luck? Or, as the article suggests, would a Jewish president in the Oval Office just feel too… Jewish?

Of course, this article feels less like a joke and more like a vision of the future now that Bernie Sanders just became the first Jew to win a presidential primary. And while Sanders is “not particularly religious” nor is he involved with the Jewish community in Vermont, his victory would still be an important moment of American Jewish history. (Bernie’s lack of connection to religious Judaism is an interesting contrast with Joe Lieberman, who ran for president in 2004 and has a Jewish background not unlike the “presidents” described in the National Lampoon article.)

Whether you interpret the article as a political allegory, a poke at religion, or just utter nonsense, it is a hilarious read over 40 years after it was originally published. National Lampoon may be out of print, but its humor lives on.

Here are scans of the original article: 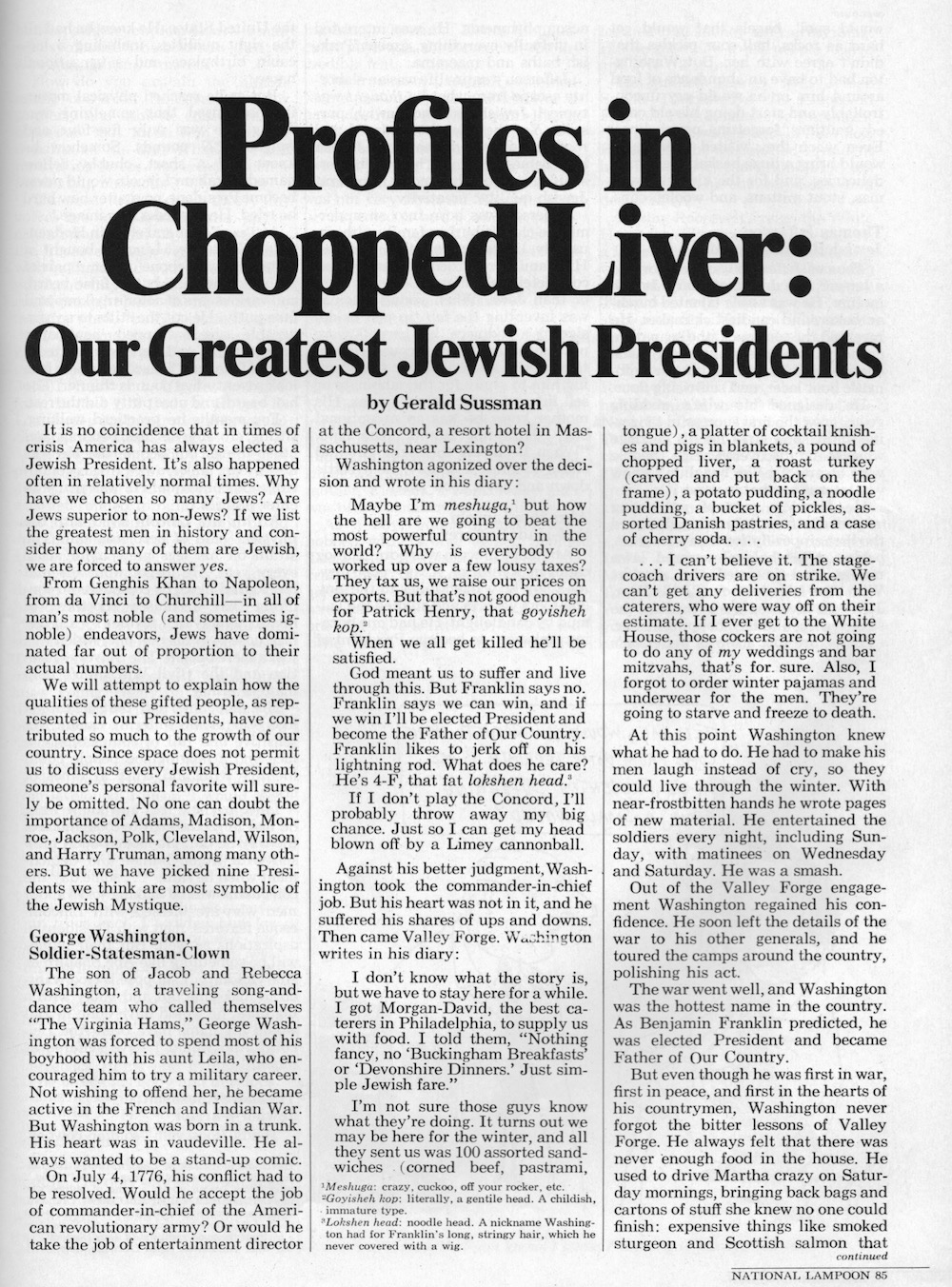 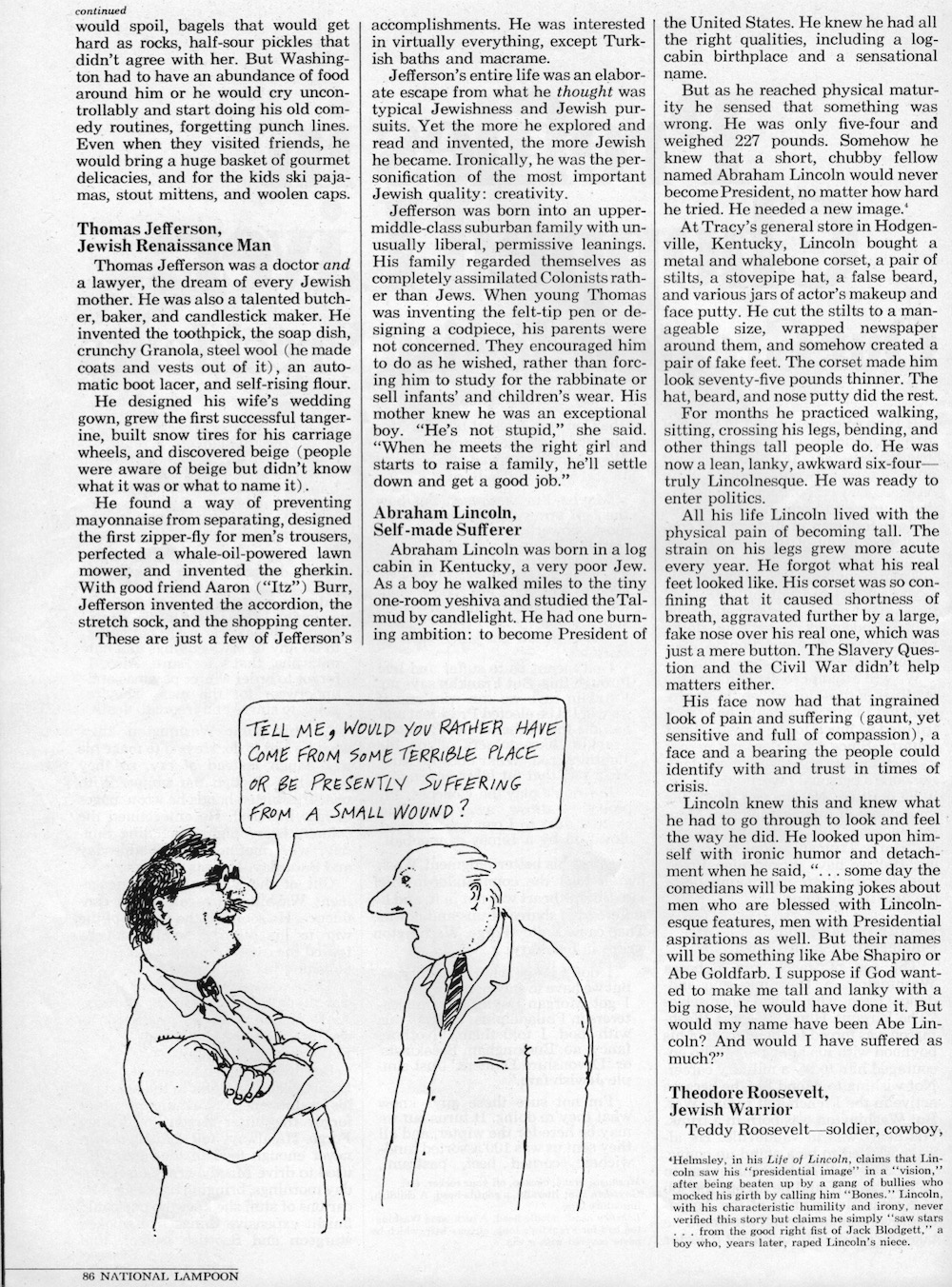 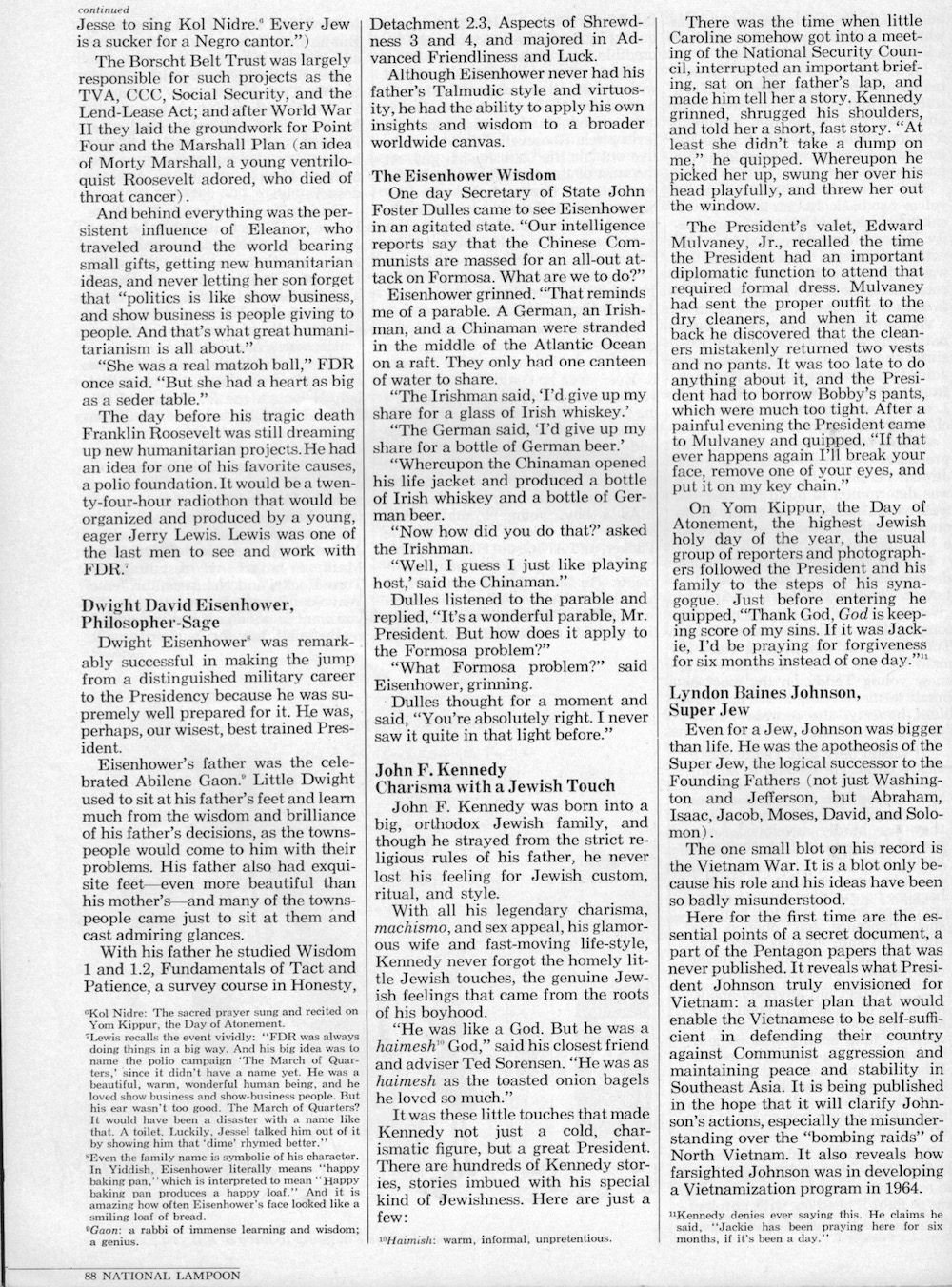 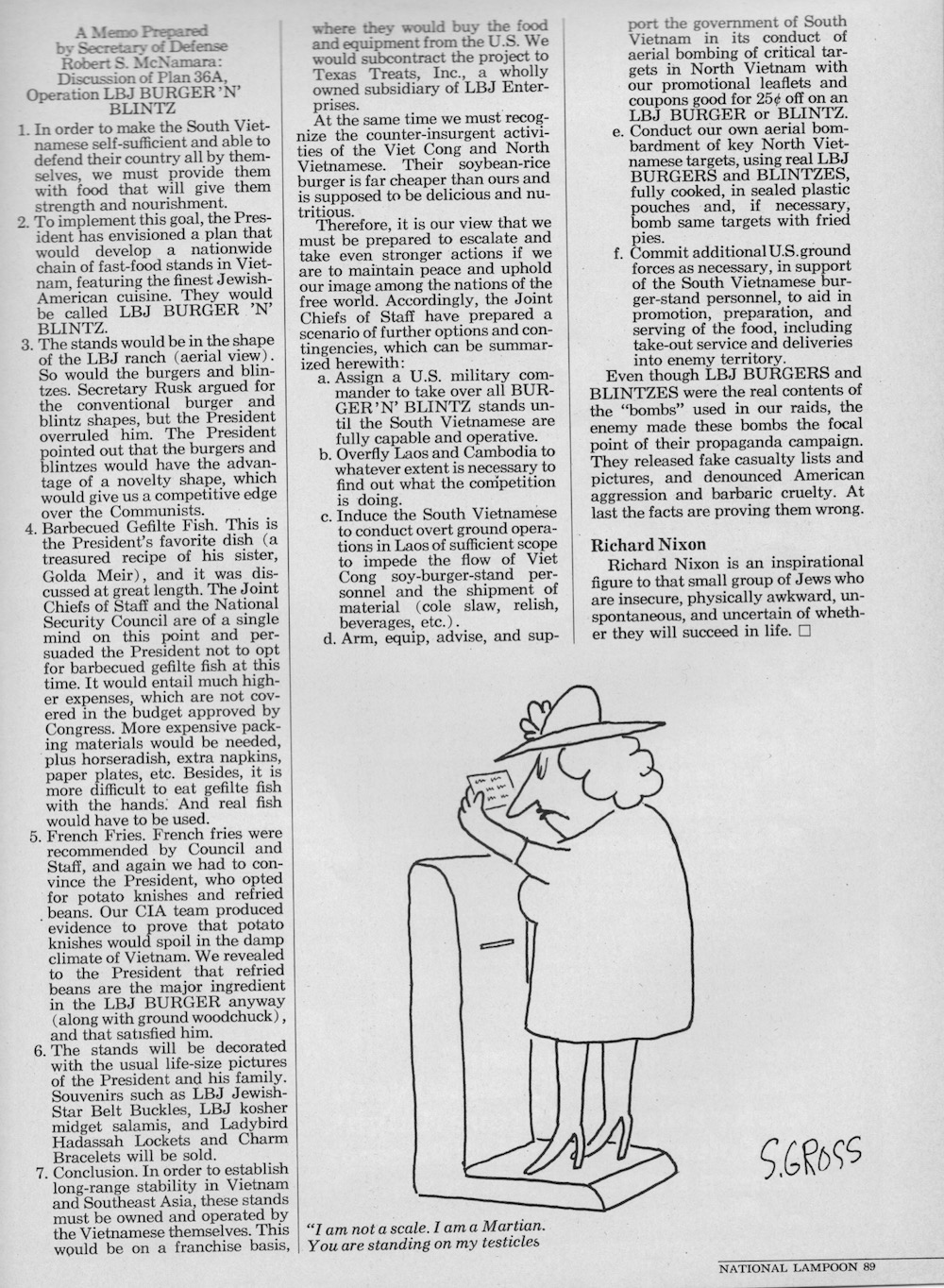