This year’s Halloween is literally a Werewolf Bar Mitzvah 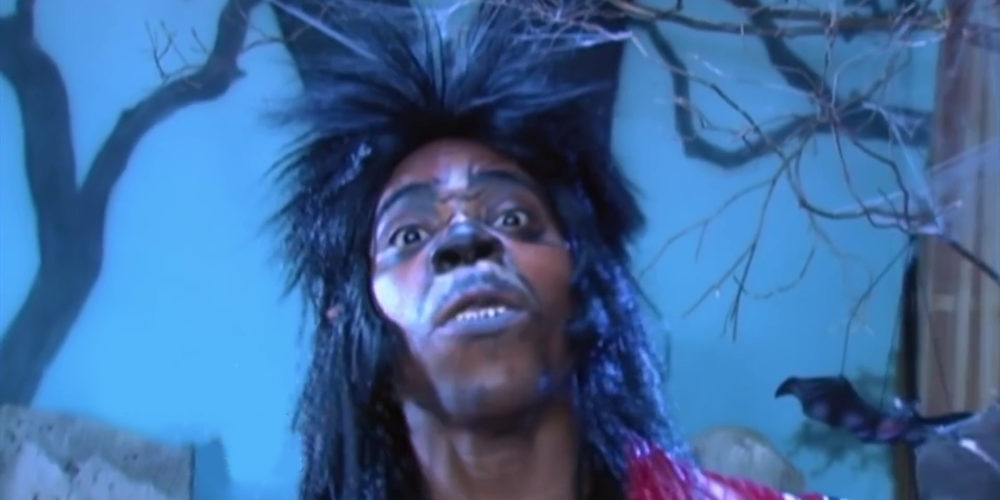 On October 31, 2020, a full moon will appear in the night sky across all time zones. And according to Farmers’ Almanac, a Halloween full moon hasn’t appeared in all time zones since 1944, and it won’t happen again until 2039. Since it’s the second full moon in October, it has the special title of a Halloween Hunter’s Blue Moon.

What Farmers’ Almanac failed to mention is that this year’s Halloween night also happens to coincide with the end of Shabbat.

Full moon? Halloween? Shabbat? Seems like a perfect occasion to have a Werewolf Bar Mitzvah!

A song that started as an 8-second gag on the show 30 Rock in 2007 has now become a Halloween classic.

Here are a couple facts you may not know about the song.

“Werewolf Bar Mitzvah” is obviously a pastiche of Halloween novelty songs like Bobby Pickett’s “Monster Mash”. But according to 30 Rock showrunner Robert Carlock, the real inspiration came from the Black Eyed Peas. At the time the episode was being written, BEP’s song “I Gotta Feeling” was a chart topper.

Carlock felt like the band threw “mazel tov” into the song just to get it played at bar mitzvahs. So Carlock thought that 30 Rock character Tracy Jordan (played by Tracy Morgan) would probably try to do the same thing, but without any understanding of what is a bar mitzvah.

Jeff Richmond, 30 Rock‘s musical director, suggested expanding it into a full-length song. The writers came up with three verses, but Tracy Morgan wasn’t available to record it.

Fortunately, one of the song’s writers was Donald Glover, who happened to do a good Tracy Morgan impression. He stepped in to record the additional vocals. Thus, “Werewolf Bar Mitzvah” is basically the original Childish Gambino EP.

The full song’s lyrics are hilarious for how specifically Jewish they get. They tell the story of young Tracy studying his Haftarah, and then a werewolf knocks on his door to tell him he will soon be called to the bimah. By the end of the song, everyone in synagogue has turned into a werewolf.

Okay, maybe it’s not Pirke Avot, but it doen’t mean “Werewolf Bar Mitzvah” doesn’t have deeper meaning. Emily Burack of the online magazine Alma analyzed the lyrics and made some interesting discoveries.

She argues that the song takes place on Friday, October 21, 1983, when the Torah portion Vayera was read on Shabbat. The Haftarah that Tracy was studying tells the story of the prophet Elisha and a Shunammite woman.

Elisha revives the woman’s son on a day that was “neither new moon nor sabbath” (II Kings 4:23). So a complete opposite of a Werewolf Bar Mitzvah! That’s spooky, right?

The song has an unofficial animated music video

Carlock says regarding the original gag: “We’ve built a cemetery set for this eight seconds of time, and we’re taking three hours out of our day to get these eight seconds.” It’s a shame they didn’t film enough footage to create a full music video.

To remedy this, YouTuber Emma Clarkson created her own music video for the song using The Sims 2. And considering she says it was her “first movie ever,” the effort she put into it is extremely impressive.

Happy Halloween, Shabbat Shalom, enjoy the full moon, and watch our for werewolves.