It’s time we take back the pronunciation of “hummus” 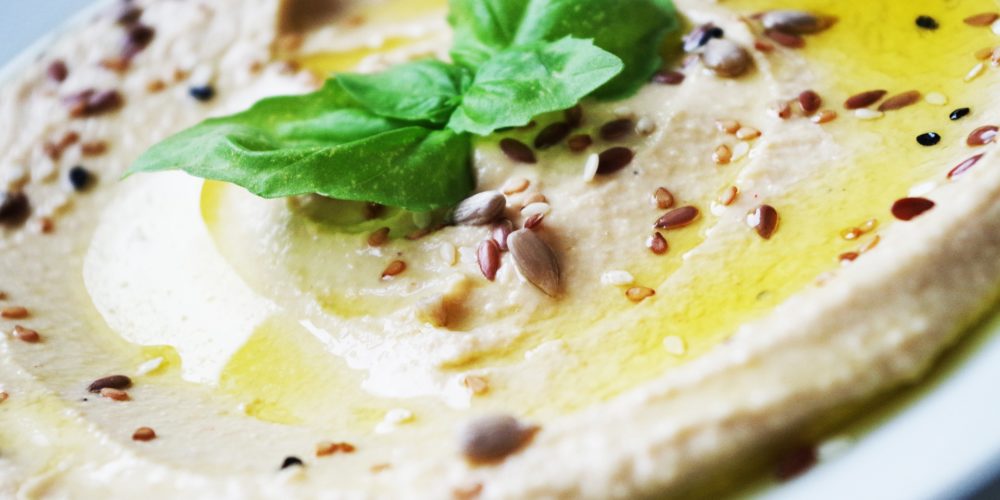 Last week, The Nosher published an article criticizing the 2017 trend of sweet dessert hummus. I agree with the article that hummus should remain a savory dip: oily, salty, and garlicky. But I think we need to take it one step further.

We need to remind everyone that it’s pronounced HOO-MOOS, not HUH-MUS. (And that H is a guttural Hebrew chet sound, not a wimpy hay.)

I learned the hard way that most Americans do not know the correct way to pronounce the name of this Mediterranean spread. A few years back, I was shopping in Smart & Final, buying snacks for an Israeli film festival. Finding everything on my list except for one item, I walked up to the nearest employee and asked, “Where do you sell hoo-moos?”

The guy just stared at me. “Sell what?” he responded.

“Hoo-moos,” I answered, repeating the word. “You know, it’s a chickpea spread. Hoo-moos?”

“I don’t know what that is,” he said flatly.

I was ready to give up and drive over to the closest kosher market, but fortunately a nearby shopper overheard our conversation. “I think he means huh-mus,” she told the employee.

From that day forward, I discovered this is how most people say the word. Yet I continue to cringe every time I hear it pronounced huh-mus.

I understand why people think to pronounce it in that matter. I suppose phonetically it looks correct. But don’t they know that Jewish words are rarely pronounced the way their spelled? Look at yarmulke, tchatchke, and Channuakkahhh. Hummus is supposed to be an enigma of intonation, and I’m not going to let a bunch of Whole Foods chickpea-loving yuppies mess that up.

Not to mention that huh-mus sounds too much like Hamas. And nobody should ever think you’re eating pita and falafel with Hamas.

So in 2018, I encourage everyone to start calling it hoo-moos. It’s an exotic sound for a dip with an exotic flavor. And it pairs well with other exotic-sounding foods like schug, shawarama, tabbouleh.

Next time you’re in Smart & Final or Kroger or Trader Joe’s and you’re in need of a savory dip, go up to the first stocker you see and ask him where the hoo-moos is. Be persistent even if he or she has no idea what you are talking about. Eventually it will catch on, and we can enjoy our hummus again in peace.