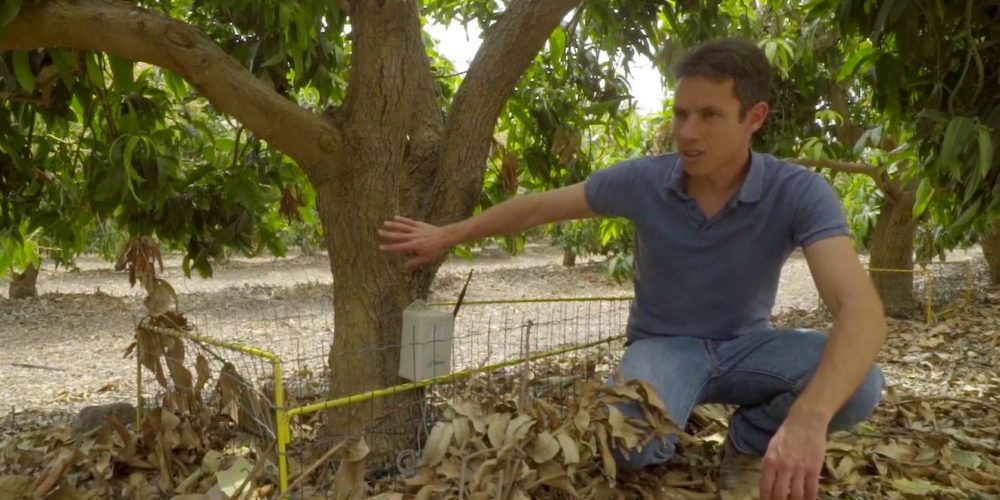 Tu b’Shvat, the Jewish New Year for the Trees, is an agricultural festival that’s often celebrated by planting a tree or having a seder. But in recent years it’s turned into a sort of Jewish Earth Day to promote environmental and ecological awareness. As climate change continues to harm the earth and the living beings on it, associating Tu b’Shvat with environmental action has never been more important.

If you’re interested in learning more about the environment and what we can do to help it, here are six Jewish films you can watch this Tu b’Shvat. And we didn’t limit ourselves to movies only about trees.

This documentary looks at three visionary individuals who bring sustainable water solutions originally developed in a water-poor Israel to other countries, including Uganda, India, and the United States. Their goals are to improve a world where one in ten people lacks access to safe drinking water.

But the film isn’t only about water. It looks at the connection between food, energy, and water, and how solving these crises will also help communities overcome poverty, illness, and lack of opportunities.

Judith Helfand discovers that her parents have covered their house in vinyl siding, and she wants to convince them that this toxic material will create a dangerous living environment for both her parents and the environment around them.

In this lighthearted documentary, she visits three different cities, where nearby PVC production plants have caused negative health effects on the community. After exposing the dangers of vinyl sliding, she seeks out safe alternatives for hers parents’ house.

There Are No Lions in Tel Aviv

This documentary tells the story of Max Shorenstein, a Danish rabbi who left his position and moved to Israel in 1935. He soon opened up the Tel Aviv Zoo, fulfilling his dream of teaching children to love animals. But as the city grew, greed and corruption led Shorenstein to be banished from the very paradise he built.

The film uses a mix of black and white footage along with colorful animated segments to tell the story of the man who became known as Rabbi Dolittle.

Produced by the Jewish Vegetarians of North America, this documentary shows how Jewish teachings can help address our environmental crises. The film contains interviews with several rabbis, Israeli environmentalists, and prominent activists, who explain what the Torah has to say about caring for the earth and the treatment of animals.

The film has a specific focus on vegetarianim, highlighting how modern meat production abuses animals and causes pollution. With a vegetarian diet, many environmental and health concerns could be solved.

Told entirely through archival video footage, photographs, and writings, this documentary shares the lives of five women who emigrated from Europe to Palestine to establish the kibbutz of Ein Harod. They paved roads and farmed the land, with the goal of “making the desert bloom.”

Not only containing a great message taking care of the environment, the film also focuses on their struggle as women who wanted to be as independent as men. Their journey to cultivate the land included both passionate battles and painful failures.

Up the Wrong Tree

For the only non-documentary on our list, this comedic film is about the cynical wanderer Nits, who wants to get back together with his ex-girlfriend. When she refuses to let him in, he climbs a tree in the empty lot to wait.

But soon he finds himself in the middle of a battle between eco-activists and real estate sharks who want to knock down the trees and build a parking lot. Nits soon discovers a caue worth fighting for as bulldozers threaten to knock him out of the tree.

Do you know of any other great films to watch on Tu b’Shvat? Post your favorites in the comments below!