Bob’s Burgers did an episode about ga-ga, the Israeli dodgeball game 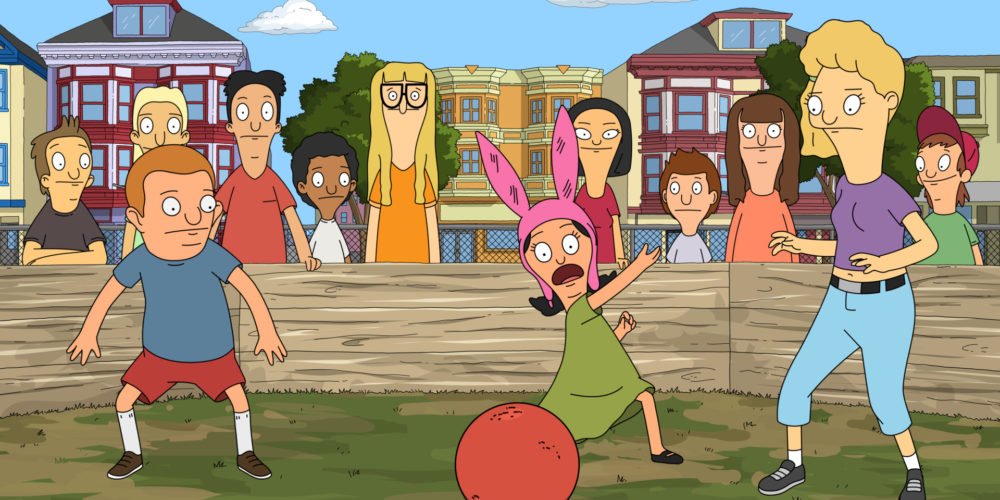 Recently, the animated show Bob’s Burgers took a break from burgers to talk about ga-ga. If you went to a Jewish summer camp, you already know what ga-ga is. And if you don’t know what ga-ga is, in the simplest terms, it’s Israeli dodgeball.

I’m very wary of calling ga-ga an Israeli game, as I have never once seen it played in Israel or discussed by Israelis. There are no professional ga-ga leagues, nor is it one of the sports played at the Maccabiah Games. Nobody actually knows the origins of the game, but it started popping up in American Jewish summer camps around the 1950s or 60s. Tablet Magazine is pretty confident its origins are Israeli, particularly since its name translates to “touch-touch” from Hebrew.

Unlike bagels, Kabbalah, and Mel Brooks, this game is something uniquely Jewish that never went mainstream. Which is why it’s significant that Bob’s Burgers would devote an entire episode to it.

In the episode “Y Tu Ga-Ga Tambien,” the school guidance counselor Mr. Frond introduces the school to ga-ga, as an alternative to all the “weird” activities the students do during recess. The game becomes instantly popular with everyone but Gene, who doesn’t want to play because he feels pressured to do so.

Watching this episode, I immediately flashed back to my years at summer camp. Ga-ga was extremely popular amongst both male and female campers. There was always a game being played before lunch, with a ga-ga pit conveniently located next to the dining hall. On Shabbat, it was the go-to “free time” activity for many. Counselors would sometimes make it a bunk activity when they were out of more creative ideas. And the youngest campers, who also had a convenient pit next to their bunks, would wake up early and exert all their energy to play a few games.

Why was it so popular? To quote Mr. Frond, “The best thing about ga-ga-ball is there’s no catching or throwing. Anyone can play, no matter how hopelessly un-athletic they are.”

At camp, I was that hopelessly un-athletic child. Not particularly good at any sport, ga-ga was the only game (besides Uno) that I knew I had a chance of winning. Which I did at least a few times. And even if I wasn’t the champion, I still felt victorious when a game started with 30 kids and I still remained in the pit when it was down to 5. Or if I didn’t, each game went quickly enough that I could try again in just a few minutes. (My particular camp has a rule that if only 2 kids remain in the pit, one of them needs to get out within 10 hits of the ball, or else neither player wins. This makes the last minute far more exciting, but also prevents games from taking forever.)

Bob’s Burgers shared this same sentiment, through the eyes of Rudy, an equally un-athletic student who gained instant popularity because of his newfound ability to win ga-ga. As he says, “I’m smoking suckers twice my size, but when they come at me, I’m a phantom.” Kudos to the show for not only portraying the game accurately, but for getting into the mindset of its players.

The show gets the little details right too. Letting the ball bounce three times before chasing after it, the exact method of slapping the ball, and even the massive crowd that gathers around the walls to watch the game.

The only thing they did wrong? The fact that the show insists on calling it “ga-ga-ball.” As if not having that -ball suffix invalidates it as a sport. It’s a minor thing, but I have never once heard a person refer to it as anything but “ga-ga,” so it makes me think the writers needed to change it up for some arbitrary reason.

I recommend “Y Tu Ga-Ga Tambien” to absolutely everyone who went to a Jewish summer camp. If for whatever reason you don’t like the episode, you’ll probably enjoy the Ga-Ga Song that appears in the end credits, which ought to become the official ga-ga anthem at camps worldwide.