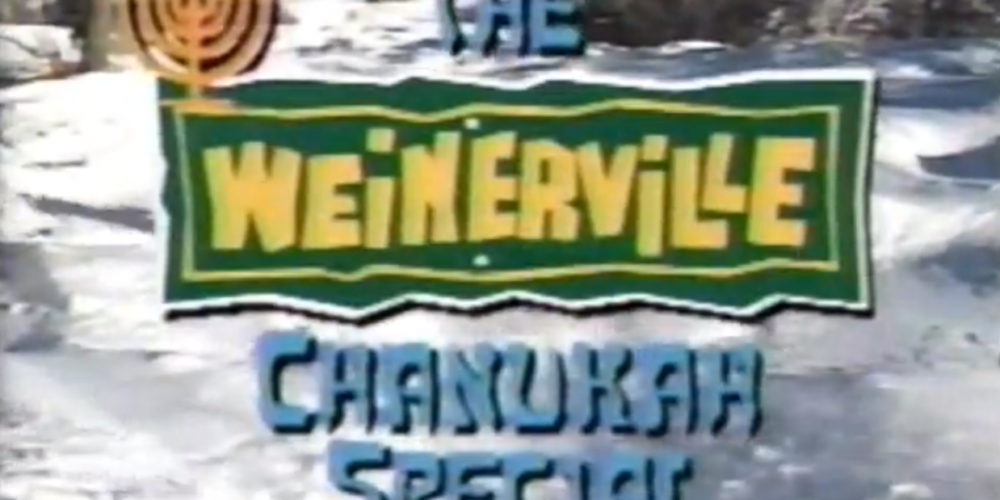 Originally I was going to write an article about the best Chanukah movies and TV specials out there, because compared to the amount of Christmas equivalents that exist, you could count all the Chanukah ones on ten fingers. I quickly discovered this article already exists in multiple variations, and they all include the same listings: Eight Crazy Nights, The Hebrew Hammer, A Rugrats Chanukah… some are even generous to include the lovely gem Bubbe’s Boarding House: Chanukah at Bubbe’s. Yet all these lists failed to mention one specific Chanukah special, frankly because nobody remembers it.

And that is The Weinerville Chanukah Special.

Weinerville aired on Nickelodeon around the time I was learning to tie my shoes, so forgive me if I don’t remember it all that well. It was a sort of variety show where human host Marc Weiner would interact with puppets, also voiced by Marc Weiner. And some of these puppets were literally Marc Weiner’s face dressed up on a tiny doll.

But the Chanukah special was an entirely different matzah ball. Though I remember it a little better than the show proper, I still had to track it down on and remind myself why pop culture decided to throw it out the window and never look back. Here’s a recap.

The story starts out with these 2 actors in latke costumes. Actually, they’re aliens. Potato pancake-shaped aliens. 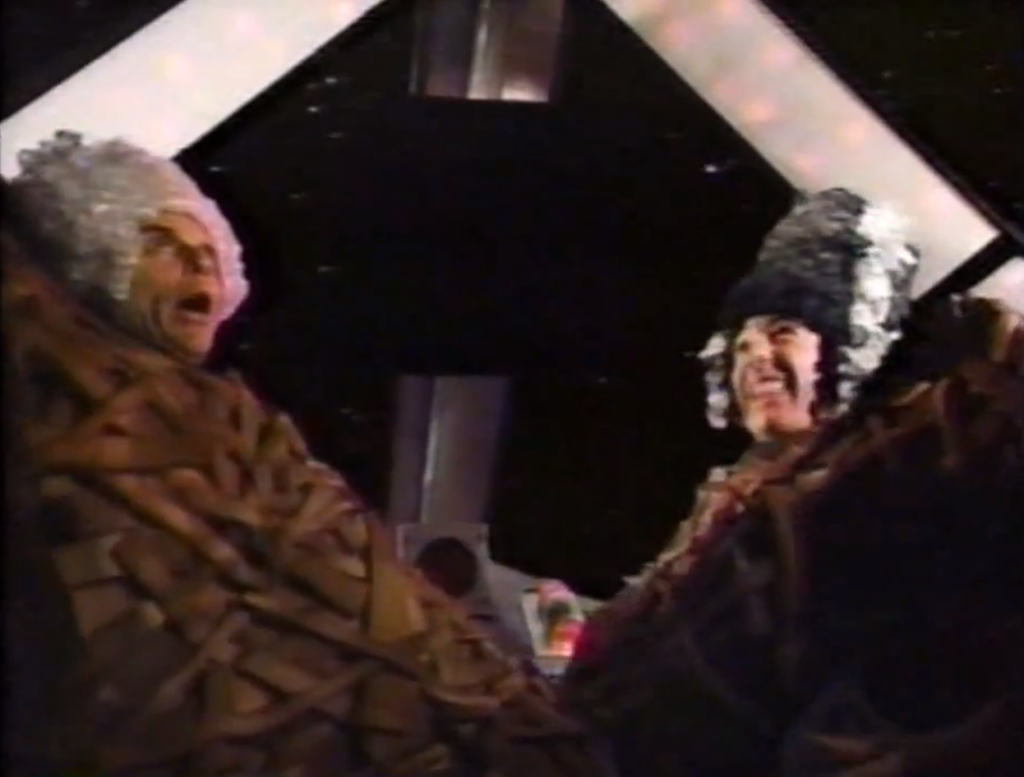 And they’re on the run from the evil Antidorkus, who at first I thought was played by Andy Dick, but unfortunately it’s just Schemer from Shining Time Station.

But their dreidel-shaped spaceship runs out of oil…

…and they crash land at the Weinerville Ski Lodge, where all the puppets are setting up Chanukah decorations and singing Chanukah songs. 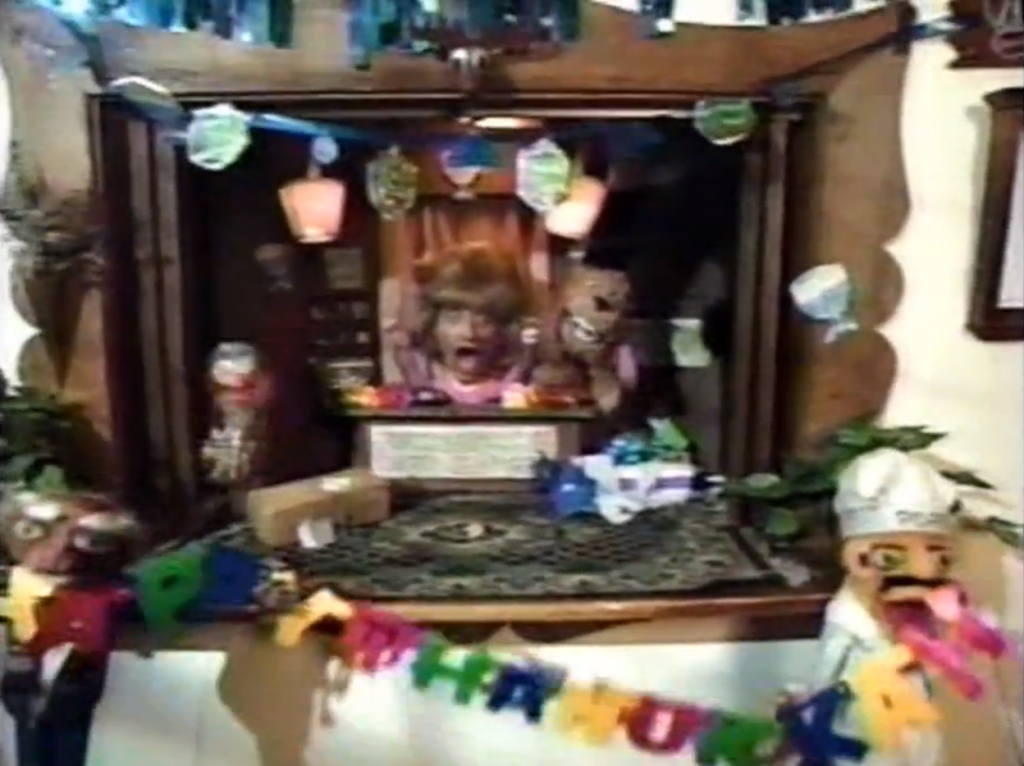 Confused yet? Too bad, we’re only 7 minutes into the special. While Boney (a dinosaur skeleton puppet) and Socko (an inverted sock puppet) take the latke aliens shopping for more oil at the grocery store, Antidorkus arrives at ski lodge and uses his weirdness ray to wreck havoc. In case I wasn’t clear: weirdness ray. 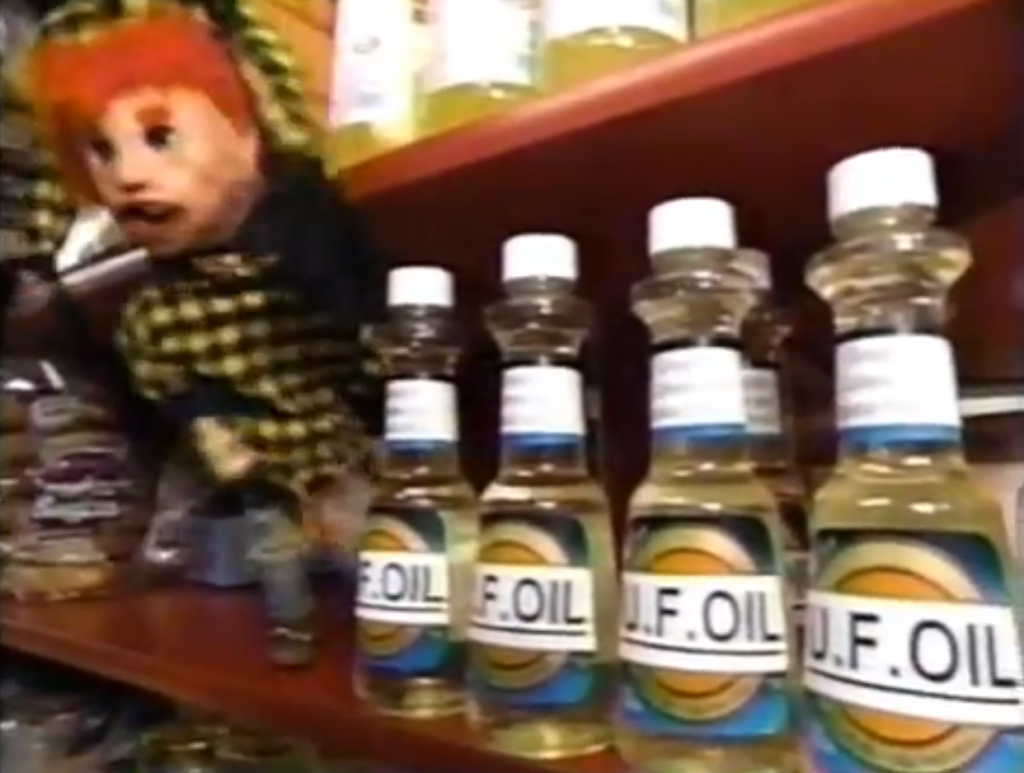 Boney, Socko, and the latkes return to see Antidorkus has taken over, and they quickly run off before they are caught in his trap. They realize they need help, so they go to the Gonsah K’nocker, the “Wise Guy” who is not at all an old Jewish man stereotype. 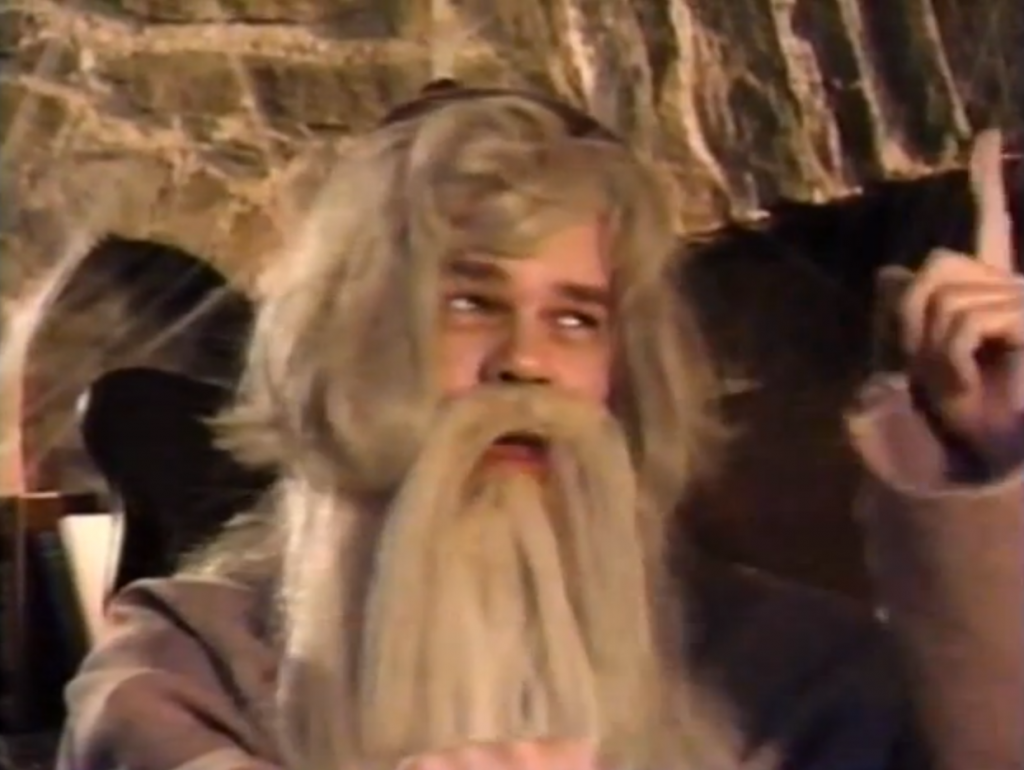 I don’t want to spoil the ending, but it all wraps up quite nicely. There are a number of cameos from people who I assume were household names in 1995, but I have no idea who they are now. Plus there’s a great number at the end featuring this singing menorah. 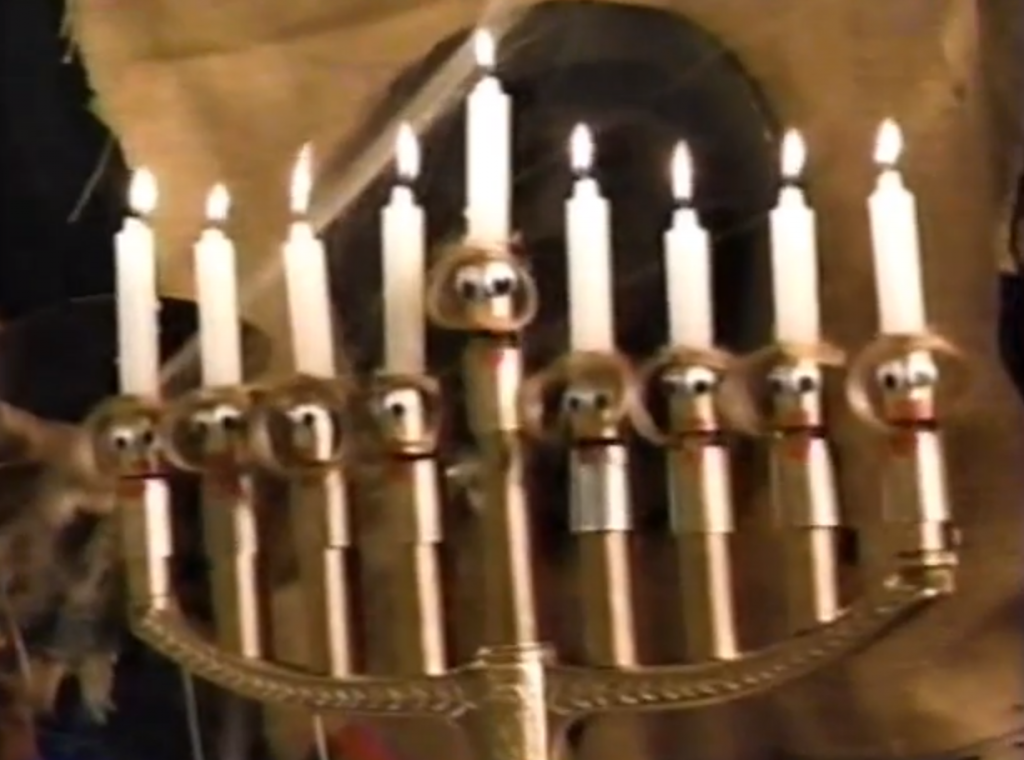 Even though my recap may have come off as sarcastic and cynical, I am actually quite impressed by this TV special, merely for the fact that it exists. Think about it; this premiered one year before the Rugrats would tackle the holiday. This show is what introduced thousands of gentile children to Chanukah.

I’m sure they had lots of questions for their Jewish classmates the following morning.

Likewise, it must have been awesome for Jewish kids here words like dreidel and latke and menorah on TV when they were used to hearing nothing but Santa Claus for 2 months straight.

But in all honesty, it is really cool that Marc Weiner was able to make this happen. It shows that he is very proud of his Jewish heritage and that he wanted to share it with the world in his own weird Weiner-ey way. But that weirdness is a textbook example of 90s Nickelodeon: weird, bouncy, experimental, no lessons learned, no questions asked. Unfortunately you would never find anything like this on Nickelodeon nowadays, especially because it doesn’t star a tweenage girl with the ability to sing and her annoying sidekick.

I know there’s only a few days left of Chanukah (and only 23 days til Christmas!), but make sure not to end your festivities without watching this special. Perhaps if it gets enough views on YouTube, they’ll decide to air it on TeenNick for Chanukah in 2014.