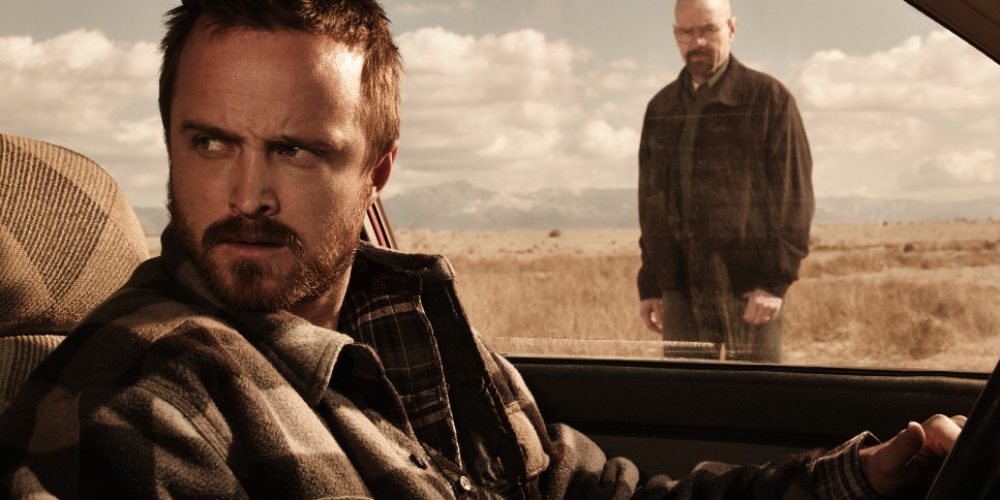 With the release of El Camino: A Breaking Bad Movie this week, everyone is asking the big questions like “What has Jesse Pinkman been up to?” and “Is Huell still trapped in that motel room?”

But over here we’ve been asking the real important question: Which Breaking Bad character is Jewish?

No, it’s not Saul Goodman. We all know his real name is Jimmy McGill and why he changed it: “The Jew thing I just do for the homeboys. They all want a pipe-hitting member of the tribe, so to speak.”

And it’s not Héctor Salamanca, despite being played by Jewish actor Mark Margolis.

And it’s certainly not Walter White, although we wouldn’t be surprised if he wanted to convert for the jokes.

The real secret Jewish character is Ted Beneke. Yes, as in the “I f*cked Ted” guy. That Ted.

So how do we know he’s Jewish?

In the season 4 episode “Crawl Space”, henchmen Huell and Kuby pay a visit to Ted’s house, forcing him to pay money owed to the IRS. As Ted lets the two goons inside, you can clearly see a mezuzah hanging on the doorpost.

A mezuzah contains a piece of parchment with the Shema and other Hebrew verses written on it. The tradition comes from a verse in the Torah: “You shall write them upon the doorposts of your house and your gates” (Deuteronomy 6:9). As a result, traditionally you see a mezuzah affixed upon the doors of Jewish homes.

Sure, we may chalk it up to a possibility that the Breaking Bad crew filmed inside the home of someone Jewish, and they were not comfortable removing the mezuzah. But on a show as detail-oriented as Breaking Bad, we refuse to accept Ted’s Judaism as anything but canon. (Vince Gilligan, we’re waiting on you to confirm this.)

El Camino and the entire Breaking Bad series are available to watch on Netflix.